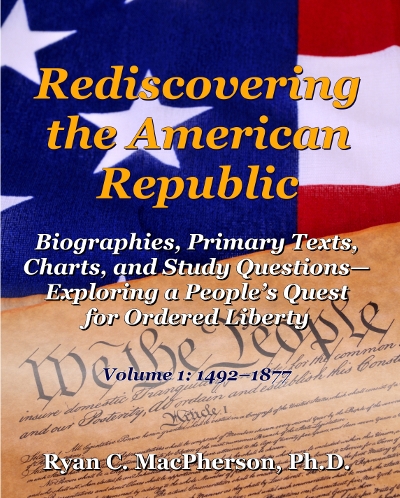 This volume contains over 700 pages of time-tested teaching tools, including classic biographies of five of the most influential people in American history through the era of the Civil War:

Each of these men sought to establish both order and liberty in America, though they differed with their contemporaries as to the proper mix that would foster a lasting ordered liberty. Although none of them fully represented the era in which they lived, all of them interacted sufficiently with people of alternative persuasions to ensure that a focused study of their lives also will be revealing of a broad diversity of American experience. Primary source texts, time lines, and explanatory tables have been interspersed among the chapters of the biographies and organized into five distinct periods of American history: