The Church and Science through the Ages:

Seven Key Questions from the History of Science

Chapter 6 in Here We Stand: A Confessional Christian Study of Worldviews, edited by Curtis A. Jahn, with an introduction by David C. Thompson (Milwaukee: Northwestern Publishing House, 2010), 176-227. 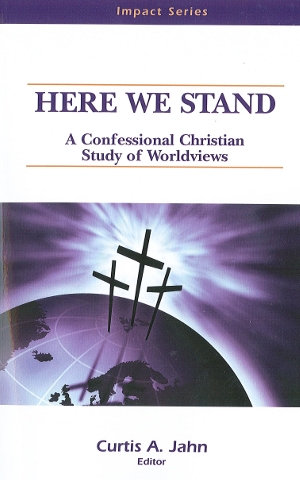 Abstract: Drawing from history, philosophy, and theology, Dr. MacPherson explores several key questions that have arisen during the past four centuries as to the relationship between Christianity and the natural sciences. Some of the questions to be discussed have been of interest to Christians and non-Christians alike. Other questions call for particularly Christian, and even specifically Lutheran, inquiries concerning the role of the natural sciences in people’s lives. The presentation concludes with theological recommendations drawn from Luther’s Small Catechism, a book that may be regarded as foundational for a Christian understanding of the natural sciences.